You may have some experience of using an iPhone or an iPad. In case not then you might be overwhelmed with an iPhone of your friend or someone else. Isn’t it? Well, it is a fact with many people! Since not all of us can buy an iOS device.

Generally, most of us are having Windows 8, 10, or different recent versions of OS-based PCs. One common complaint we all had with the developers of Windows is the availability of a limited number of apps in its store.

After Google Play, the Apple store is the second-largest hub of mobile apps. Hence, one among the reasons behind its popularity worldwide! However, do you know that anyone can access iPhone Apps on a PC? Yes, it is possible, and the best part is you do not need to buy any iOS device for the same.

In this post, we will look upon how to play iOS games on PC? Well, there are two different way to get it Done! One would be either to mirror the screen of your iPhone or an iPad on a Windows/MAC-based PC or to install a simulator software!

Recommended Choices to Run iPhone Games on a PC

There are many different options available to turn your PC to behave like an iOS device. Following are the popular ones among all;

It is a well-known Adobe air-based IOS simulator for running iPhone Apps on a non-IOS based PC! It does not matter whether you are having a Windows, MAC, or Linux OS installed in your computer.

It has some limited to access but useful apps of the App Store. You can also play iPhone games with the added benefit of enjoying your favorite titles on a Big screen of a PC.

It is highly recommended to use the simulator with having the latest version of Adobe Flash Player and .Net framework installed on your PC. You can also save your games on it.

You might be having an iPhone and a Windows-based laptop. In such case, AirServer would be the best solution for your need to visually experience IOS games on your PC. It allows you to easily pair and mirror the screen contents of the iPhone on your PC.

It creates a user-friendly interface on your MAC PC. All you need is to use a compatible USB cable to connect the MAC to the iPhone. By following some simple steps, you can play IOS games on your MAC system with ease.

If you are afraid of installing any third-party software on your PC, then App.io would be the one that you should try once. It is an online IOS simulator that works similarly like any offline simulator.

By uploading the iOS.app bundle on App.io site, you will get an interface to run the iPhone Apps. You can also use .apk files with it to run Android apps on your windows-based PC.

It has been developed from the open-sourced MAME project and is a modified version of an Andriod OS. An ideal emulator for playing iOS9 and above compatible iPhone games on a PC.

If you have a windows 7, 8 or 8.1 based PC, then better options will be Air iPhone. It is a simple yet easy to use Adobe AIR application. You can access the iOS Apps and play iPhone games directly on your PC. It imitates the GUI of an iPhone.

It is available free of cost and offers excellent quality of graphics while playing an iOS game on Windows OS. You can enjoy a virtual clone UI of iPhone by using this simulator.

iOS Games on PC: Benefits of using Emulators over Others!

Many of you might have an idea about the Bluestacks. An Android emulator that can help anyone to play android games on a PC with real experiences of almost like a mobile or tablet gameplay. It is all because Bluestacks is highly preferred emulator software for Android Apps and Games.

An emulator software can be considered as a virtual program. It is capable of creating a separate virtual OS environment regardless of the native OS. It has been proved that emulators can run almost all types of Apps as compared to simulator software programs. They are highly preferred even among developers and testers.

An IOS emulator software can run an application on more than one type of OS. No more worries about whether you have a MAC, Linux, or a Windows-based PC. Also, you can find some emulators that run on IOS and Android-based Operating systems.

You can download and install many iPhone or iPad emulators on a PC at zero cost. The best part of such software is they are straightforward to use and can be upgraded with time using suitable SDK.

Hence, iOS emulator software can be a boon for people those are not having any iOS device with them to Mirror their screen on a PC or so. It can be a better option against using an online emulator as well.

Unfortunately, some experts say that you cannot emulate an IOS game on a PC. However, it can be simulated by using different software apps available in the market today.

Give it a try!

Additionally, to the above-given options, there are many simple iOS simulator Apps available for you to download and install in your PC.

Hence, somehow, you can easily take advantage of using the iOS interface on a big screen. Hope the information above will be of much help for iPhone users as well those who got bored of playing their favorite games on smaller screens.

One thing is sure, with simulators, you cannot feel the experience of playing games while touching the screen. But after little practice, even a Keyboard and Mouse can do great justice to get the most benefit of playing iPhone games on a PC. 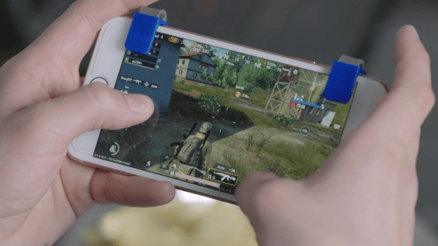 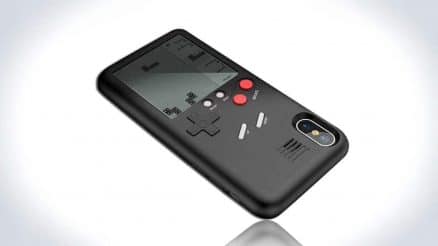