Gone are the days when some people use to hire a sketch artist or a painter to make an individual portrait to be hanged on the bedroom walls or so. It is not only costlier but also a time taking process. However, now the time has been changed!

Today there are many smartphone photos to cartoon Apps available on both Google Play and Apple App stores. They can make our everyday tasks simple on our hands. All you need to have is a smart device with either the Android or iOS operating system to get access to a bunch of similar applications.

Yes, some best apps are using which you can make cartoon photos of yourself. You can either save them somewhere with you and use further to impress others. Those edited pics can also be updated as an Instagram cartoon profile picture or on any other social media platforms.

There are two basic techniques on which such Apps are working! One is to use an App that allows your camera to take cartoonist pictures, and other is to convert a normal image into a similar sketch or cartoon photo. However, some Apps have both the features inbuilt in them.

You can save much of your time in using an App to Cartoon any pic. Nearly all these types of turn picture into cartoon Apps do come with a similar procedure to follow, especially for a new user. At first, you need to install one on your desired smart gadget.

After opening the App, you can use the camera to take the photo or select one from the Gallery. Now after loading the base image, all you need is to apply any background. You can choose any of your favorite cartoon characters to modify your picture to look like it. Not only this, one can use different sketchy or cartoonist filters on an image.

5 Picked Ones among Outstanding Photo to Cartoon Apps 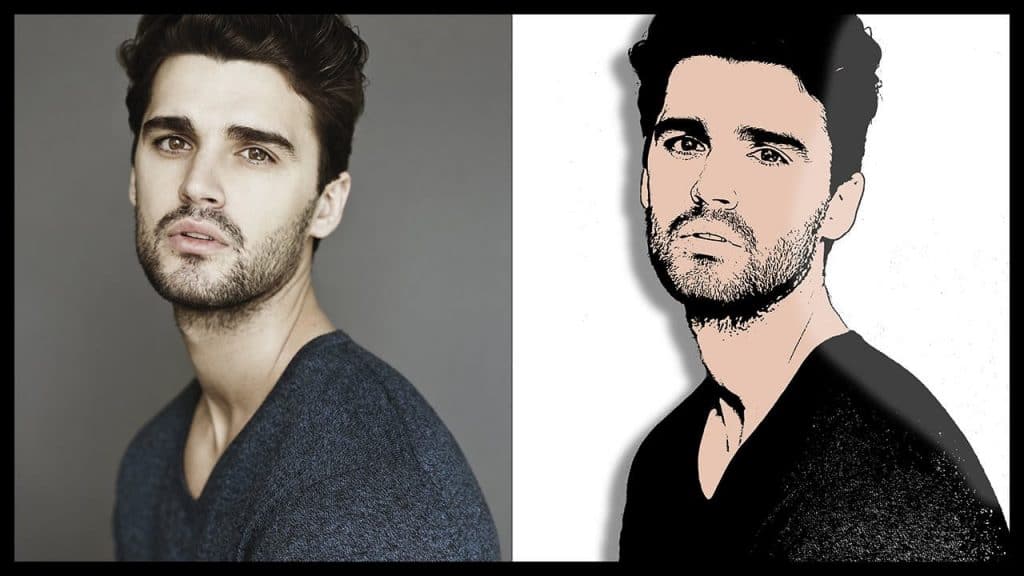 Following are some of the selected useful Apps to try out and make your cartoon pictures:

At present, it is available on both Apple and Google Play stores. Artisto has art filters that can be used after editing a picture in the same App. You can download it free of cost, but not every feature are available to use in it without any purchases.

Hence, it all depends on your needs if you want to use all the functionalities of the App, then you need to spend some penny. Also, in the free version, it consists of many things to try out! The best part about Artisto is other than just images you can also capture and edit the videos on the App.

However, one limitation of the same is it can create low quality square videos. All in all, it is a significant turn picture into cartoon App to try out on your mobile or tablet for turning your real images into cartoons. Check this to get information about some iOS Apps to Cartoon your pics.

The main specialty of this funky App is to convert any image into its pencil sketch. A unique feature of Pencil Sketch is the Pencil filter that you will get only in some Apps available currently.

By the way other than this a user can also use some colorful filters that can be applied on the photos. It is to bring out something unusual, impressive results. Besides, the App also features an editor to give some twist on your original pictures before applying any filter.

You can also add some text or drawings over the sketched images. Hence, Pencil Sketch is another highly recommended app on the list to try out something new and happening with your favorite photos.

A user can create both Cartoon and Sketch of a normal photo using XnSketch! You can say it as a simple tool with not so high-end features but comes very handy to use in a go. You can apply some effects by changing the brightness, contrast, effects, and many more as per your creativity.

Due to less functionality, it works very fast in converting a photo to Cartoon and share with others. Click this to know about and try some more Apps related to XnSketch.

As the name implies, a user can convert a photo into Cartoon free of cost. My Cartoon is known to create real cartoons that look almost like the animated versions of their original copies. It can be an excellent choice to edit and set a unique Instagram cartoon profile picture. A user can use a unique timer feature that can be set for some seconds or can be disabled via settings.

Another exciting App to make your pics into cartoons. Bobble is also free to download and install. The best part is this App includes a good set of ready to use stickers in its library that can be applied on an image.

Some cartoon characters can be used by both of the male and female users to add some fun and art on the pictures. Click here to get an idea about some more Apps with pro tips to get quick help on how to make cartoon pictures!

You can try and do many things by downloading and using any one App for free. However, some applications might charge you for providing additional features. One added benefit of using such App is for the people, especially girls who do not want to share their actual photo online in public with friends.

Anyone can use an image editing app for enhancing the creativity to cut or add any object on captured photos and many more imaginations. You can check this out to get some idea about some tools to convert pictures to Cartoon.

So even after only using a good cartoon yourself App, you can make fun of your photos or add more flavors to them. It can give a fresh look for attracting others to focus on your pictures and gain more likes, especially on a media sharing site like Instagram.

Just another Geek who eat, sleep and breathe technology along with video games. Can be found glaring at the screen always and loves to hear about innovative things.

Our website is made possible by displaying online advertisements to our visitors. Please consider supporting us by disabling your ad blocker.