You must have seen slow motion videos in movies and TV shows and in case you must be wondering if it might be possible that you too can make a slow motion video then you are on the right place. In this article we will show you the best apps through which you can capture slow-motion videos. We will guide you which app could be best for capturing video. So, here are the top 7 best slow motion video recording apps for your Smartphone.

This is a great app for recording slow motion video from your smartphone camera. The app does not deter the video quality of the video. The video does not have much blurriness or other quality issues. There is the ‘Speed Bump’ option through which you can make the video run at a specific speed for a specific time and then runs it again at slow speed. It has the option to directly post videos to social networks such as Instagram, Vine, YouTube, Vimeo & Daily Motion.

This app has the quality to record videos at your phone’s highest possible resolution, be it 8 MP or 13 MP. It provides frame rate for the video which you can watch after recording. The only con of this app is that it brings lots of ads with it and for enjoying ad free experience you should turn off the data connection or WiFi before starting the app.

Controlled Capture can not only capture videos in slow motion, but also capture time lapse videos. Like all other apps, Controlled Capture lets you capture the video as usual and then edit it to make the video in slow motion. One of the best feature of this app is that it supports time lapse videos, which adds more value to the app. This app comes in two versions, the basic version that is ad supported and the Pro version which provides more features with no ads.

The SloPro is another great slow/fast motion video recording app that only focuses on this feature. The free version of this app adds watermark to the video, if you have no problem with the watermark, then it is a great free slow/fast motion video app for you. Otherwise, it is better to invest and get some amazing features. Remember this app is for iPhone users.

There are total six speeds you can choose, three fast and three slow. So it doesn’t offer many speed adjustment options, but this also makes the process easier for an average user. You can also share the video over social media networks, but the watermark will still be there if you are using the free version. 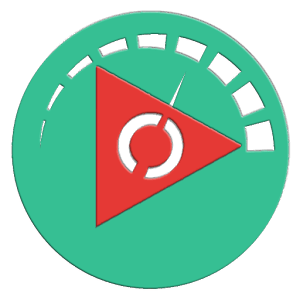 This app offers video slow/fast motion feature with ads. However, it excels at offering more adjustable speeds. You can slow the speed up to 1/8x of the original speed and speed it up 8x as well. When you will launch the app, all videos in your phone will be displayed in the main interface. You will not have to worry about searching for the video on your phone.

KMPlayer is actually a video player app which is used for viewing videos in slow/fast motion and supports high definition videos with amazing controlling. For viewing the video you can adjust the speed of the video. There are dedicated buttons to make that video play at a speed that you desire. It might not be a dedicated slow/fast motion video app, but the number of video formats it supports and the quality it offers makes it good enough to be in this list.

KMPlayer works best for people who need to watch some instructional videos in slow motion or just want to have fun with some fast playback. It doesn’t offer any sharing or saving feature, so it may not be best for creating slow/fast video.

This was the list of the best apps for slow motion recording. Hope this list matched your needs and you have found the best app for you. Download these apps and enjoy shooting and viewing slow motion videos on your device. And if you know more apps which you think should get added to this list then feel free to comment and share your views with us.